Former Federal & State Prosecutor By Your Side

Auto accidents can result in serious injuries or death and can occur due to a variety of reasons, such as reckless driving, distracted driving, or defective vehicles.

These accidents are often caused by truck driver fatigue, negligence, or improper maintenance and can result in devastating injuries or death.

Motorcycle accidents can be particularly dangerous as riders are exposed and have little protection. These accidents are often caused by negligent or distracted drivers.

Premises liability covers a wide range of accidents that can occur on someone else's property, such as slip and falls, swimming pool accidents, and dog bites.

Construction sites can be dangerous places, and workers are often at risk of severe injury or death from falls, equipment failure, or other hazards.

When a healthcare professional fails to provide proper care and treatment, resulting in injury or death, including surgical errors, misdiagnosis, and birth injuries.

If you or a loved one has been harmed as a result of someone else’s negligence or wrongdoing, you need an attorney who understands the complexities of personal injury law. Attorney Jorge Vela has dedicated his career to fighting for the rights of individuals who have been harmed through no fault of their own.

With years of experience and a deep understanding of the legal system, he is able to navigate the complexities of personal injury cases, whether they involve car accidents, medical malpractice, slip and fall incidents, or any other type of injury. If you or a loved one has been harmed and are seeking justice, contact the Law Office of Jorge Vela for a consultation today.

I highly recommend Mr. Vela. Without question he's the best lawyer I've ever had. He was extremely honest and helpful in all aspects dealing with not just my case but me as a individual.

Jorge also talked to me like a person and not a CASE! Jorge called me directly! This time in my life caused me so much loss and suffering and Jorge defended me and I am so grateful that I walked into his office two years ago.

This law officer has worked wonders for my case and I cannot thank Mr. Vela enough! Very well at communicating throughout the process and works hard to get favorable end results.

Talk to an Injury Lawyer Today

Call now or send us a message to tell us what happened.

Many serious injuries are preventable, especially those caused by another person's negligence.

These injuries can arise from motor vehicle accidents, accidents occurring on another person’s property, or even a dog bite. Those who suffer from them are often left with hefty medical expenses, lost wages, and pain and suffering.

A Trial-Ready Lawyer Fighting for Your Rights

At the Law Office of Jorge Vela, we know the financial, physical, and emotional toll personal injuries can take on injured parties and their family members. We are here to represent your claim and stand up for your rights. You can count on us to explore all possible avenues of injury compensation on your behalf.

What Damages are Compensable in a Personal Injury Case?

No matter what type, personal injury claims have two essential factors; liability and damages. Liability refers to legal responsibility. For example, suppose an employee at a business causes a slip and fall injury. In that case, both the business and the employee could be held legally responsible for the resulting damages.

Damages refers to the amount of money that would need to be paid to the victim of an accident in order to be made whole (or compensated).  Some example of damages could be:

Financial compensation for personal injury is based in part on the victim’s damages. In the legal system, receiving money for damages fixes or makes up for the harm that the liable party caused.

No amount of money will ever rewind the clock and make it as if someone’s injury never happened. However, receiving compensation to cover injury-related expenses and other losses is the next best thing. The money an injury victim should receive depends on the types and amounts of damages they suffer due to their injuries, as well as other factors.

While similar, the law surrounding personal injury claims varies from state to state. Being familiar with a particular state’s laws can help protect you if you have been injured by someone else’s negligent actions. They can also give you an understanding of the potential amount of damages that you may be entitled to if your lawsuit is successful.

Liability insurance coverage pays to repair damage to another driver’s car, not your own. It also pays the other driver’s and their passenger’s medical and other expenses. Texas law requires drivers to carry liability coverage of at least:

This is also known as 30/60/25 liability insurance coverage.

Unfortunately, sometimes injured parties play a role in their own injuries. Texas is a modified comparative fault state. This means that if the injured party is more than 50 percent to blame for their injuries, they can’t recover anything at all.

In some states, accident victims can still recover some compensation if they are over 50 percent at fault, but not in Texas. This makes working with a seasoned personal injury attorney that much more crucial. Insurance companies are quick to blame other claimants, especially if it helps them escape having to pay for the accident altogether.

The good news is that your attorney can work towards showing how the other party has more liability so that you can still recover compensation for your damages.

Other factors can change the filing deadline for your case. However, when you hire experienced Austin personal injury attorneys, they will be fully aware of any deadlines that apply in your case and ensure they are met.

An experienced attorney can help you understand your legal rights, gather evidence, and pursue fair compensation. Don't delay, contact a personal injury attorney today to schedule a consultation and discuss your case.

How the Law Office of Jorge Vela Can Help You

The attorneys at the Law Office of Jorge Vela could help you in many ways if you or someone you love were recently injured in an accident. We will:

In addition, we work on contingency fees for personal injury claims. This means you owe us nothing upfront to represent your claim.

When and if we secure compensation on your behalf, whether in the form of a settlement or a court award, we deduct our fees from there. You owe us nothing if we don’t secure payment for your claim.

Reach Out For Help Today

If you are looking for accident lawyers in Austin to help you file a personal injury claim, look no further than the Law Office of Jorge Vela. For your convenience, our staff and attorneys speak both English and Spanish.

If you have questions about personal injury claims or are ready to get your injury claim started, contact us online or call us at 512-537-1237. We are available 24/7. The sooner you reach out, the sooner we can help you get your life back on track after an injury accident.

What To Do After an Accident

The steps you take after suffering a personal injury accident can impact your personal health as well as your financial well-being and your injury claim. For example, taking the wrong actions or skipping over others could cause you not to receive compensation for your injuries or not receive as much as you should have. Not getting the medical care you need could lead to more severe injuries or complications.

The specific steps of what to do after an accident can vary depending on the situation; however, they are generally as follows:

What Makes a Personal Injury Case?

Also called economic damages, special damages have a pre-determined value. Their value can’t be debated since it’s established by receipts, invoices, and other factual documentation. Special damages include:

Accident victims need to consider all the medical care they have received due to their injury. If they need continued medical care, they should also calculate these expenses into their damages.

Medical care expenses can include:

Some personal injuries keep injured parties from returning to work right away or keep them from being able to work in the future. If this is the case, then they are entitled to seek damages for lost wages and other lost earnings. Lost wages should be calculated starting from the date of the injury through the current date.

If they are still unable to work or limited in their ability to earn wages as they did before their injury, they should be calculated for as long as they may be unable to work. Bonuses, tips, or commissions also count under damages for lost wages.

All other injury-related expenses incurred should be included when calculating the value of compensatory damages.

Out-of-pocket injury-related costs can include:

Special damages can also include repairing and replacing any lost or damaged property. For example, suppose your wedding ring was destroyed in a dog bite incident. In that case, your damages should cover the cost of replacing or repairing your ring.

Other examples of property that might become damaged or lost in a personal injury incident or accident include:

General, also referred to as non-economic damages don’t come with a bill or a receipt like economic damages do. However, there’s no denying a connection exists between the at-fault party’s actions and the injured person’s general damages.

Depending on the specifics of an injury claim, general damages can include:

If the personal injury victim suffers some type of permanent disability, they should be compensated accordingly for both special and general damages. In these cases, it’s imperative to have a skilled personal injury attorney on your side.

Suppose someone acted intentionally to cause injuries or with extreme disregard for your safety and well-being. In that case, you are entitled to ask the court for punitive damages. You can ask your attorney if punitive damages might apply in your case.

Sometimes referred to as exemplary damages, these typically only apply in extreme cases with representation from an experienced personal injury lawyer. For example, if a drunk driver caused an accident that led to a paralyzing spinal cord injury.

Personal injury cases can arise from many different types of situations, including:

Personal injuries come in many different types and can be serious or even catastrophic. Some of the most common personal injuries arising from various circumstances include: 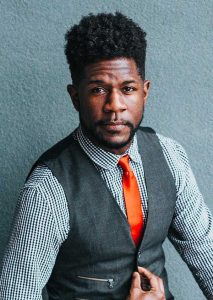